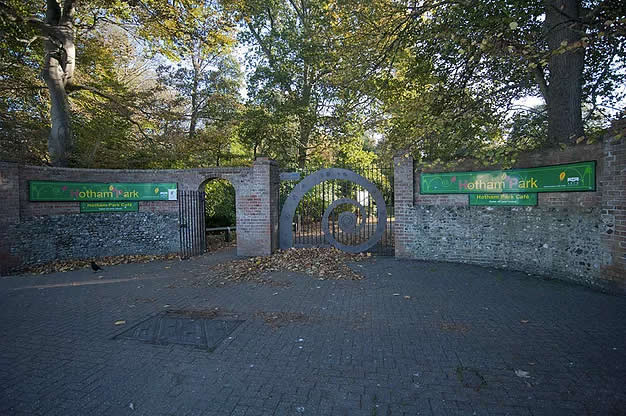 US president elect Donald Trump has been urged to “make Bognor great again” — by building a wall to keep the squirrels IN Hotham Park.

Controversial Republican Trump stunned the world when he sensationally saw off the challenge from Democrat Hillary Clinton in last week’s election.

He will officially take over as effectively the ruler of the free world on January 20 next year when he replaces Barrack Obama in the White House.

And debate has been raging on Facebook after one interested party suggested “the Donald” could be good for our town.

Yes, we know it was said with tongue firmly in cheek but the discussion that ensued did throw up some lively observations — including the squirrel suggestion. That would appear to be made after Trump said he would build a wall on the Mexican border to keep immigrants out.

The discussion was prompted when Kye Hawkins said:

“What you need is Donald trump to make bognor great again.”

“If anyone could do it would be Donald J Trump.”

Then Kye got back in on the act when he said:

“He could build a mighty wall around Hotham Park to keep the squirrels from crossing into the town.”

“This was more of a joke about how crap the Arun District Council are.. and the fact I think a potato could do a better job. Just to clarify….it was a joke!”

Good job, we think. He’d be too busy anyway.