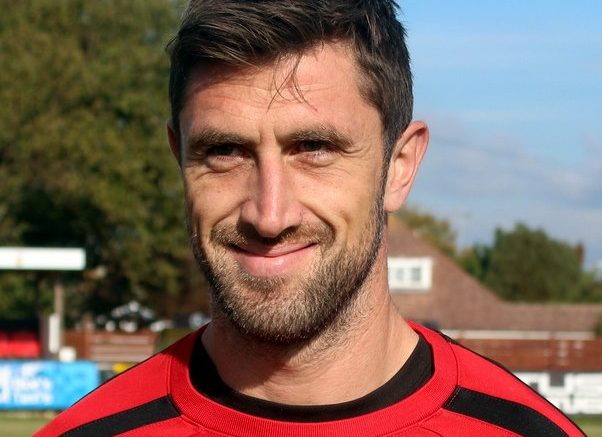 Pagham have been rocked by he departure of FOUR players just as their SCFL Premier League title bid falters – and two of them have joined title favourites Shoreham.

A furious senior figure at the club, who asked not to be identified, described the exit of the players as “rats leaving a sinking ship” given that Mark Bennett’s side look to have blown any chance of top flight glory.

To rub salt in to the Lions’ wounds, influential midfielder Joe Shelley (pictured) and goal ace Keiron Pamment have signed for Shoreham in a move that will bolster their chances of winning the title.

Pagham now face Lancing away in the league tomorrow and host Langney Wanderers in the Peter Bentley Cup semi-final on Tuesday.

The Lions’ source added: “Shoreham have got 12 games remaining so if the players who have gone there play in the required number of games they can get a league winners’ medal should they win it. It reminds me of rats leaving a sinking ship. And we have got a semi-final to think about on Tuesday.”

Also out of the door at Nyetimber Lane is full-back Jordan Warren, who has chosen to go to Surrey side Loxwood.

Promising young striker Josh Irish has joined Wick, where he will play for manager Lee Baldwin, who bossed him at Pagham reserves last season. There is also talk of Bognor businessman Dave Usher taking over as chairman of Wick.