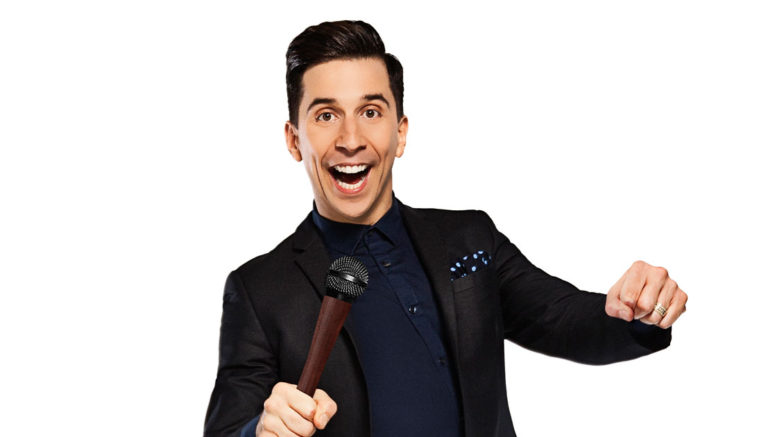 Award-winning comic Russell Kane is having a laugh in Bognor. And if you are quick you can join him for his show at the Regis Centre next month.

Kane will be in town to unleash another blisteringly-funny stand-up performance about growing up and growing down with his all-new Right Man, Wrong Age show at the town centre venue on June 7.

“Are you 16-years-old, yet feel 21? Are you 40, but tragically faking 25? Or maybe you’re full-on 80 years, with the heart of three oxen and the sex drive of a bonobo chimp. Don’t worry: this is normal. No one is ever the ‘right’ age – it’s is the beauty and the curse of being a real person,” runs the blurb for the show.

Kane is best known as the host of three series of BBC3‘s Live At The Electric, regular appearances on BBC1’s Live At Apollo, BBC3’s Unzipped, ITV2’s Celebrity Juice and I’m A Celebrity Get Me Out of Here! Now!

Most recently, he travelled the world with you-tube stars filming the new survival programme, Stupid Man, Smart Phone, which is available on BBC iPlayer.

Kane was nominated four times for prestigious Edinburgh Comedy Awards before winning Best Show in 2010. He then went onto make history as the first comedian to win both the Edinburgh Award and Melbourne Comedy Festival’s Barry Award in one year.

His second DVD Russell Kane Live was recorded in the West End at the Vaudeville Theatre and released by Universal Pictures in 2015. Famed for his critically acclaimed tours the funnyman has been performing sell-out shows across the globe and now he is back with this brand new show!