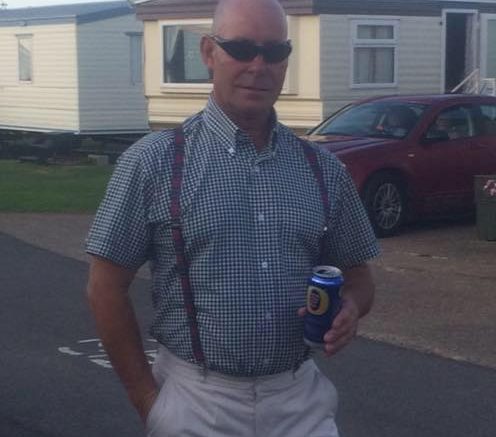 Tributes have been pouring in after the unexpected death of a hugely popular Bognor Regis man. Much-loved Les Jackson is believed to have died in his sleep overnight on Monday.

Friends and family have taken to social media sites to remember a married family man, believed to be in his mid-50s, who is said to have been a real character with a friendly smile for everyone.

He was a big music fan and football supporter and was very well know to friends and fellow supporters of Bognor Regis Town. Friends gave him the nickname of ‘King of the raffles’ such was his luck with winning tickets, it has been said.

Live music event organisers at Bognorphenia wrote on Facebook: “Les Jackson a brother and a friend. No words to describe the loss. Bognorphenia are devastated our thoughts and love to his family Xx Les was a rock kindhearted had time for everyone and Bognorphenia. We all will miss you so much xxxx.”

A typical example of f dozens of other messages came from Angela Mayhew wrote: “Our wonderful beautiful friend we will truly miss you.”

And Martin Short said: “RIP les so so sad my heart goes out to his family xx.”