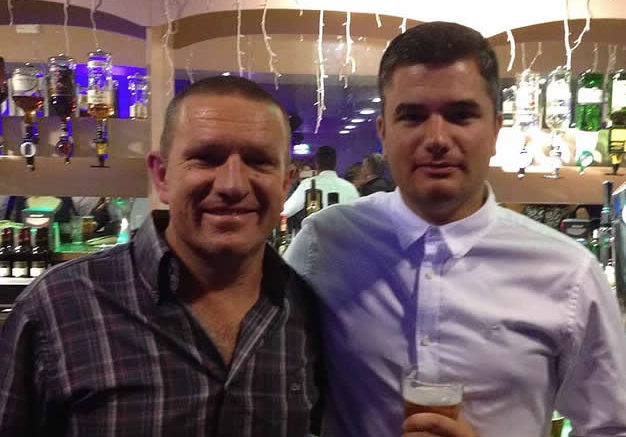 Running coach Keith Hardwell hopes to set the pace and beat his son Kerry when the pair got toe to toe at Bognor’s Park Run race in Hotham Park tomorrow.

Keith, who is the head coach at Bognor running club Tone Zone runners, has waited for the chance to compete against his son to see who would get the family honours.

Now it has been confirmed the pair will duel over the 5k course in a race which has captured the imagination of the town’s runners and which regularly attracts several hundred competitors as well as spectators.

Keith explained there is pride at stake when the pair do battle — as he says Kerry has only ever competed in the park run on one of the occasions his dad wasn’t able to.

“Kerry has been talking the talk for some time and now we will see for real who has the bragging rights. The time he did run the course there was a discrepancy over his time but I am not one to cast aspersions!”

“It’s a bit of fun but there is a serious side to it as he is obviously half my age and write a fit lad as he plays football at a decent level.”

Keith says organisers are happy to see new faces at the weekly event, held every week in the park with a 9am start.

“More the merrier, from beginners to veterans we are one big happy family and everyone isn  welcome not matter what standard.”