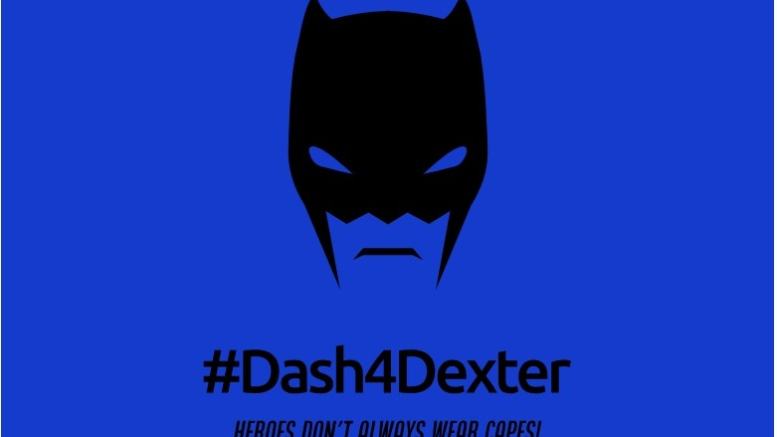 When parents Mark and Steph Richardson learned their toddler son Dexter had childhood cancer, they knew that they were in for a fight. But not only are the admirable Bognor Regis mum and dad helping their beloved son as he bravely battles the disease, they are also fighting to help others facing adversity.

So, as well as nurturing Dexter, who is on the cusp of his second birthday, through his recovery Mark and Steph, from Pagham, are fundraising, too, and have so far collected more than £10,000 to help families in similar circumstances. They have been able to make various donations to the hospitals that have helped Dexter near the crucial all-clear status — Howard Ward at Chichester’s St Richard’s Hospital and Southampton hospital’s Piam Brown and G4 wards.

Dexter is said to be close to being able to “ring the bell” — signifying he is at the end of treatment for cancer, formed as a Wilms’ kidney tumour — after enduring five rounds of chemotherapy, as well as an operation back in May to take away the tumour and affected kidney. This follows the discovery of the condition back in early April.

After a crop of fundraising efforts, the next boost to the Dash4Dexter campaign comes with a charity football match and fun day at Nyewood Lane, home of BetVictor Premier Division side Bognor Regis Town on August 18. For the match, a Dash4Dexter team will come up against a team representing the Keep Daisy Smiling charity, which was set up two years ago to support Daisy Wigginton, aged four, from Bracklesham, after she was diagnosed with lymphatic cancer.

Mark says the charity football match should be a wonderful event and has encouraged people to come along and support the cause on the day — with a 2pm kick-off and children’s skill training on the pitch from around noon, as well as a whole host of other attractions. He said:

“It will be a great day and be a lot of fun and, hopefully, we can raise more money for the Dash4Dexter campaign. We look forward to seeing as many people as possible to come along and cheer on the teams on the day at Nyewood Lane.”

Simon Cook, general manager and secretary of the Rocks, says the club is delighted to be able to host the event and wishes every success to the continued fundraising push.

“The Dash4Dexter campaign is such a worthy cause and, of course, we had no hesitation to agree to host the event after we met Mark and he told us all about his ideas for a match and an all-round fun day. The Rocks are all about the community and we can’t think of a better way to help and we’re thrilled to be able to do so.”