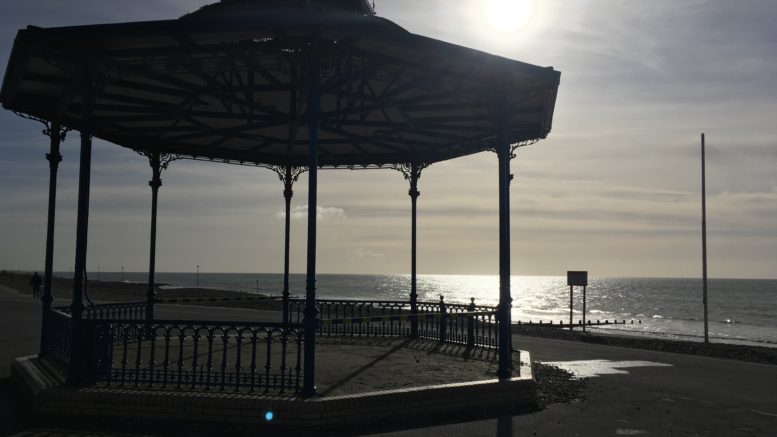 Angry Bognorians believe ridding the promenade of the historic bandstand is yet another blow for the town’s fading image as a traditional seaside resort.

And residents says they would rather not see the structure moved from the prom to a new position in Waterloo Square Gardens.

That’s the overwhelming message from peeved townsfolk after the plans by Arun District Council were brought into the spotlight by Liberal Democrat councillor Francis Oppler.

He took to Facebook to oppose the move, claiming that the iconic bandstand, said to have been erected in 1948, may not even survive the switch. The move is part of ADC’s so called “seafront delivery plan”, which also includes changes to the provision of public toilets. There is a suggestion that the bandstand could be replaced by new toilets.

Mr Oppler, who has been overwhelmingly backed in his belief the bandstand should stay in place, said on Bognor Regis Forum: “The Conservatives at Arun, have ignored my concerns that it wont stand up to being moved. I believe they will put the new toilet block where the band stand is at the moment.

“It gets worsse, as they are closing the two underground toilets and only replacing with one new block. So from the fishing boats at Aldwick to Butlins, there will be only one toilet!”

Tracey Baker commented: “I remember watching Punch And Judy there as a kid. I agree with Francis, it needs to stay on the banstand as a seafront attraction… would love to see it used like what London do at South Bank. They have people doing bmx tricks, singers. Musicians, etc. we should do the same but with local talent.”

Sarah Muskin suggested: “Leave the bandstand as it is the only reminder of the great days of seaside holidays rather than Butlins! So ridiculous.”

And Rebecca Gracey says she thinks a petition and a protest are required – and wants to use the song ‘Sussex By The Sea’, composed in Bognor, as the battle anthem.

She said: “Wouldn’t it be great to secure the services of a band to play it at the bandstand – as well as, ‘I Do Like To Be Beside The Seaside’?”