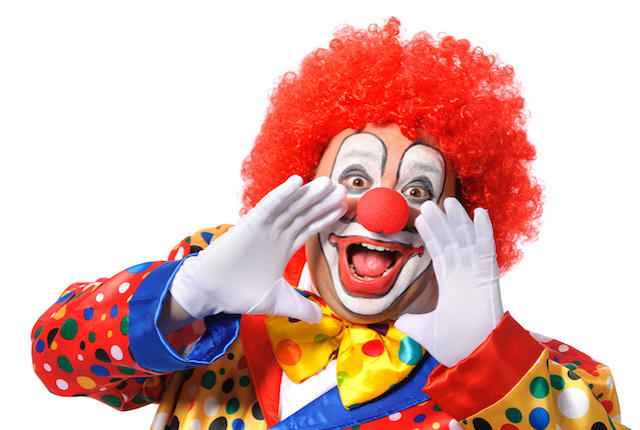 International Clown Festival bosses fear they will have to scrap a parade of fun-filled jesters unless they can track down a first aid volunteer.

Organisers have so far failed in their attempts to have a first-aider in place for the event and blame the struggle to fill the void on the fact that the Brighton marathon is being staged on the same day.

Caroline Ainslie has taken to Facebook to appeal for a volunteer to be present for the parade, scheduled to take place in Hotham Park on April 9. And unless someone suitably trained can be found, the event is due to be cancelled tomorrow.

Caroline wrote on forum Bognor Matters: “Please help save the clown parade! The International Clown Festival will be in Bognor again this year, but due to the Brighton marathon being on the same day, we have failed to obtain a first aider for the clown parade and picnic in Hotham Park on Sunday April 9th 1pm to 5pm.

“Do you know anyone who is first aid qualified who would love to spend an afternoon with the clowns? Please get in touch ASAP, the event will be cancelled tomorrow if we have not obtained a first aider.”

Clowns International are celebrating 70 years of clowning in Bognor with a three-day festival from April 7 to 9. Workshops and shows are planned for on Friday and on Saturday there are to be street performances and more workshops in the town centre and The Jeneses Centre in Linden Road.