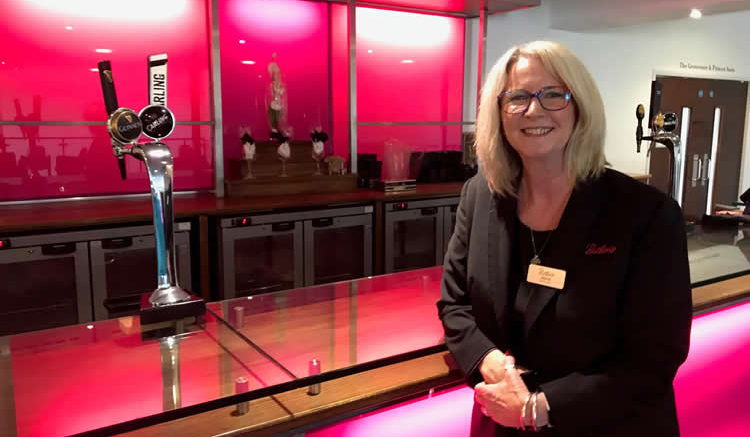 Former pupils from a Bognor Regis school are preparing for a reunion to celebrate 40 years since they left the establishment after organiser Jayne Williamson put the wheels in motion for a get-together.

And one ex-pupil from Bognor Regis Comprehensive School, which has since been demolished and replaced by The Regis School, is even making the long trip from Down Under to attend the Class of ’79 bash.

The reunion is being held at the Butlin’s Conference Centre in the town on Saturday, October 12 between 4pm and 10pm — and Jayne is urging attendees to get there early to make the most of their time together. And she has been using social media to spread the word.

Mum-of-two Jayne, 56, was involved in the previous Class of ’79 reunion which took place at the old school in 1997; and this was the last such affair to take place in the original school hall of the Westloats Lane complex.

Jayne set up a Facebook group to help connect those former pupils keen to meet up after the last reunion and to mark four decades since they stepped out in to the world as adults.

“The response we have had is absolutely fantastic and we’re hopeful that we can have a memorable night in which we all manage to talk about the old days, raise a glass to those who can no longer be with us and generally enjoy ourselves. It will be a time for reflection but a joyous occasion overall.

“A chap called Steve Little is coming to our event all the way from Tewantin, Queensland in Australia and that just shows how important it is to the group to stay connected. We think we will have in the region of around 100 people attend on the night so the numbers are good and it all bodes well for a super evening.

“We have the bar open between 4pm and 10pm so I would say that anyone who is planning to come should get there as close to 4pm as possible because we want to maximise as much as possible the time we have together. We can still mingle and chat after 10pm and no doubt we will with so much catching up to do. Oh, and I’d urge people coming along to bring some ID, too.”

Jayne says that at the last reunion it was clear that many of the one-time Bognor Regis Comprehensive Schools pupils had enjoyed themselves enormously and it was suggested that they stage more reunions more often. But as time passed by, it was down to her drive and determination to ensure that this event got the green light.

“It just needed someone to take the bull by the horns and take the decision that we should go for it. I work at Butlin’s and they have been ever so helpful with arrangements and allowing us to use the facilities and we very much owe them a debt of gratitude.”