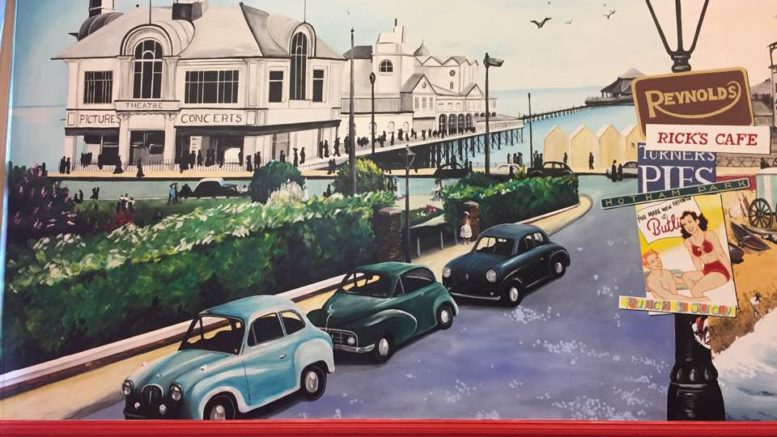 Visitors to popular Rick’s Cafe in Queensway can now gaze at a mural depicting the pier, golden sands and bathing carriages from yesteryear.

A lamp post dividing the artwork gives a nod to established Bognor businesses such as Reynolds and Turner’s Pies, as well and Hotham Park and Butlin’s. 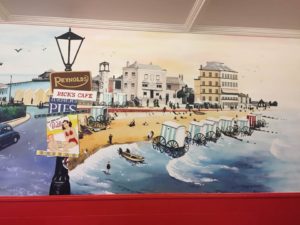 Chloe is the artist behind the huge mural of pop icon David Bowie, which adorns the side of the Pier Hotel in Waterloo Square.

The cafe, owned and managed by Rick and Colleen Rayner, was formerly housed in Linden Road, and before that the couple had an eatery in Richmond Road. Rick started his catering career there at Terry Turner’s before he managed his own establishment. 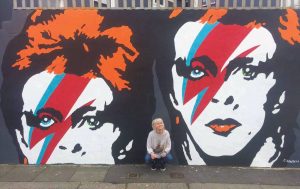 Colleen said: “We are absolutely thrilled with the artwork created by Chloe. She is so talented. We knew it would be good, but we are blown away. Its amazing.”

Rick said: “Chloe has done a marvellous job. I am going to celebrate with a Guinness!”