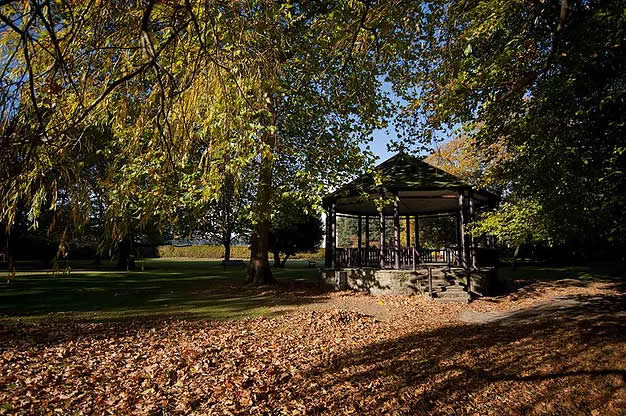 For that is the grim spectacle awaiting visitors to the historic park, captured magnificently by Bognor photographer Tommy McMillan, should they choose to delve a little further than the playground, coffee shop and putting green.

This is not a hatchet job on the park; it is a beautiful facility enjoyed by families, dog walkers, joggers and school parties. People flock to the park to enjoy walks round the leafy, well-maintained grounds, where you can see squirrels darting up trees and feed grateful birds then round it off with a refreshment at the cafe.

But lurking not too far off the beaten track is another world; one in which drug deals go down openly, where junkies bang up the readily available opiates to feed their desperate habits.

This is the picture painted by our anonymous source, who we have agreed not to name because of the nature of the person’s employ. Think of this voice as a reluctant whistleblower, forced, they say, to bring the subject out into the open to try to bring the issue to the fore.

“The powers that be know all about it,”

“Heroin deals happen all day, every day in the toilets near Hotham House. Once they have their gear they go into the bushes up towards the Butlin’s end of the park to inject and then doss.”

“Very often they are so out of it that they lay there all night and I have seen them evicted in the morning. Staff in the park whose job it is to maintain the place, spend hours cleaning up after the smack heads. They leave used needles and even leave ‘sharps boxes’ lying around.”

“Mattresses, old clothes, half-eaten food, alcohol empties, even human waste. All of these can be found on an almost daily basis. You see employees who love the park, love the nature and have fulfilling jobs tending to plants, lawns and gardens having to spend their time trying to restore some sort of order. It eats into their time and I know there is disquiet in their ranks.”

“As I say the authorities know about it but don’t seem to be too concerned. Is it because the problem would seem to be contained within the confines of the park? Who knows?”

This is not to say you can’t take advantage of the park without the fear of coming across any of this anti-social behaviour. Many people we spoke to were oblivious to the problem.

Others knew all about it. One said:

“It’s an open secret that the drugs deals go on. The addicts and dealers seem harmless enough. They have a problem and I pity them and their addictions. But the park isn’t the place.”

That’s just it, though — like it, or not, it seems the park IS the place. And that, ultimately, is a real shame.