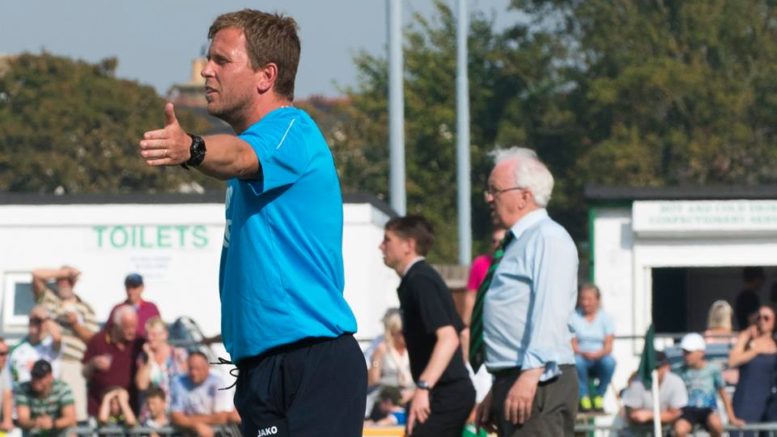 Premier League outfit Burnley sent a scout to run the rule over Rocks keeper Dan Lincoln in the 1-0 defeat to Eastbourne Borough at Nyewood Lane on Bank Holiday Monday.

The Turf Moor representative left shortly after Jack Pearce’s side went behind in the second half from a Kane Wills goal. Dan Beck lost possession and Lincoln, so often the hero for Bognor, flapped at his shot and the visitors nabbed the only goal of the game.

Mistakes happen. It doesn’t mean Lincoln isn’t a top-notch keeper. It just means he probably won’t be joining the Clarets any time soon. And that is, of course, great news for Bognor. For in Vanarama National League South, Lincoln will save more points for Pearce’s troops than he will cost them.

Lincoln wasn’t the only one who lacked a certain something on the day (in fairness he pulled off a super save before the break from a long-range effort) as a lacklustre home side slumped to their second defeat in three days following the 2-0 reverse at East Thurrock United on Saturday. 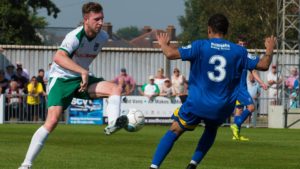 It meant Jamie Howell chalked up a victory on his return to the Nye Camp as boss of Boro. And it was a deserved triumph, slender though it was.

With key players such as striker Jimmy Muitt and defender Corey Heath missing, the line-up showed the Rocks squad isn’t the strongest when it comes to depth. Huff and puff came there plenty, but guile was sadly lacking. 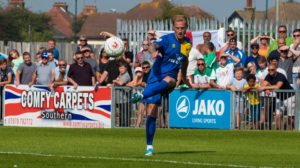 The irony of utility man Gary Charman sitting in the away directors’ section of the main stand as a spectator wasn’t lost on many. One way or another, he was seen as surplus to requirements and moved to the visitors on loan. How the Rocks could do with him now.

Rocks fans won’t get carried away after this defeat, though. After all, their team sit in 10th spot in the table and as league new boys they can be happy with that seven games in. But it won’t get any easier. They are on the road on Saturday when they head to top-of-the-table Chelmsford.