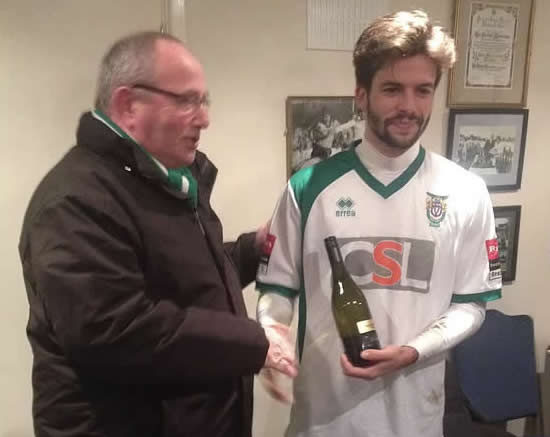 Bognor manager Jamie Howell watched his team go top of the Ryman Premier League with a 2-0 win over kingston ian at a chilly Nyewood lane and declared:

Howell was referring to the inept display in the 2-0 reverse at home to Hendon on Saturday in an encounter which left the boss saying: “They were stronger and dictated to us all game and we didn’t stand up to it. Tonight we were much better and deserved the win.

“We’ve got a lot of players to come back, some who can get fitter and no doubt we will go again at Tonbridge.”

Howell had watched his patched-up outfit control the game and ultimately succeed with goals from Ollie Pearce, a penalty in the first half, and Darren Budd strike after dazzling skills from Lorenzo Dolcetti on the right flank.

The Rocks travel to a strong Tonbridge Angels side on Saturday in the league then face Harrow Borough at Nyewood Lane on Tuesday night.