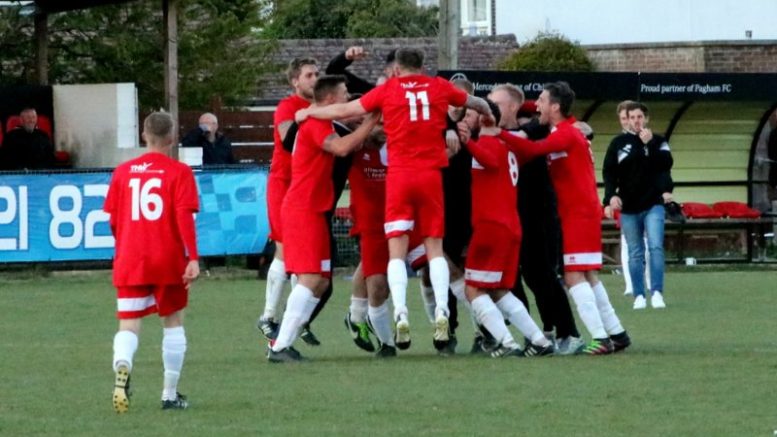 Nyetimber Pirates have enjoyed success after being awarded a £1,500 Grow the Game grant, something that attracted praise from Southgate.

The grant, which will provide a boost to grassroots football in Bognor Regis, has paved the way for Pirates to form a new third team and allow the club to train two new coaches.

And Southgate, whose side top World Cup qualifying group F with 14 points, said: “I am so pleased that the Pirates has secured this Grow the Game grant. The club has worked very hard with Sussex County FA and the Football Foundation to get more local people playing football so that they can enjoy the many physical and mental benefits that come with playing regular sport.

“Grow the Game is mainly funded by The FA and delivered by the Football Foundation. This is money that is flowing from the very top of the game down to the lowest levels, to help clubs at the grassroots to bear the cost of starting up a new team, whether it be for a new kit, pitch hire or sending volunteers on FA accredited coaching courses.”

Grow the Game is a £2.5m programme funded by The FA and the Football Foundation. It awards grants to grassroots football clubs that wish to create new teams, especially amongst under-represented groups.

£1,500 is available to help FA-affiliated clubs with the cost of creating a new team, which might include the cost FA coaching courses; FA league affiliation costs; referees’ fees; first aid kits; and even football kit & equipment.

Club general manager Charlie Welling said: “We are pleased that the Football Foundation has given us the chance to expand our club and help increase the number local players getting involved.

“The grant is also giving us the chance to get another new coach qualified up to level one standard and another one up to level 2 which should also help improve the standard of our training and hopefully in turn improve the level of football being played.

“Our new third team will be playing in Div 5 of the West Sussex League and we have already had a lot of interest for new players and we will be looking to continue the success we have had with our other two teams over the last few seasons.”