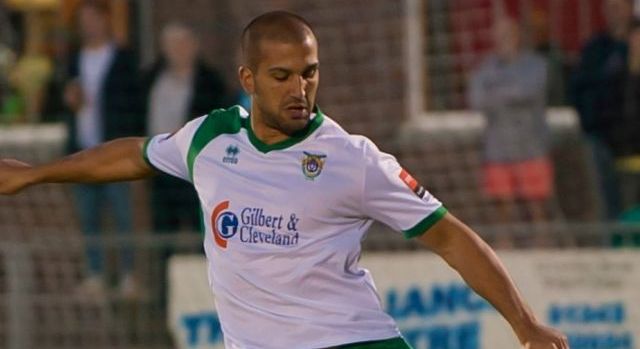 El Abd takes the Nyewood Lane hotseat with Gary Charman as his assistant and Darin Kilpatrick remaining as first team coach with the backroom staff from last season in place also.

The commanding centre-half replaces Jamie Howell, who quit the club at the end of last season following a dramatic play-off semi-final win over Dulwich Hamlet. The victory handed Bognor promotion from the Ryman League to the National League South.

Pearce believes in El Abd’s leadership qualities and is buoyed by his decision to turn down other more lucrative offers for his playing services and choosing to stay at the club in his new role.

He said: “Sami has lots of qualities and he could be a very good manager for us, and obviously that is what we are hoping. We nearly always appoint from within, and do so again. Sami will be getting a lot of help from Gary Charman and Dabba and I am here for advice, too.

“His biggest challenge is dealing with how players, staff, supporters, and media react when it might not be a successful period for the club. We have had mainly good things written and said about us for the past two years but we are mindful that we are going up a division to a better standard of football.

El Abd signed from Peacehaven for the start of the 2015/16 seasoned and has previously played for Crawley Town, Chelmsford City, Hayes and Yeading and Team Bath and also had three successful years at Whitehawk where he won a Ryman Premier champions medal.