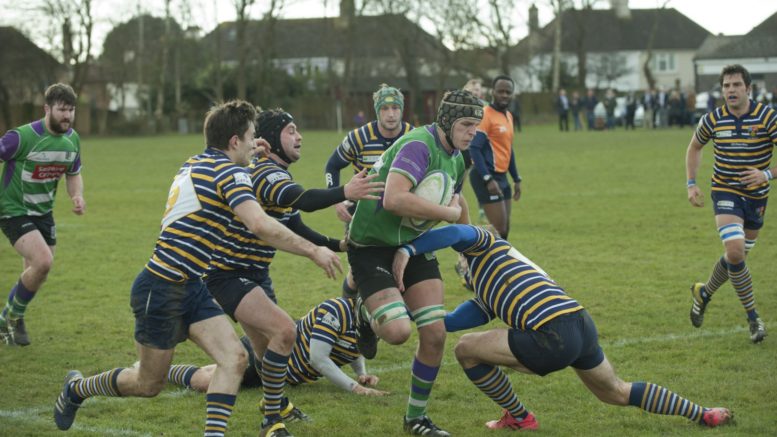 Bognor secured a comfortable 15-0 win over fourth-placed Alresford in this closely contested match in the London & SE Division Hampshire 1.

This victory, coupled with Ellingham and Ringwood beating Millbrook, means Bognor are now in second place, with just two points separating them from leaders US Portsmouth.

The home side were missing a few players for this match with Dave Sweeney being unavailable and Josh Riggall and Jack Hornibrook out with injuries.

Chris Clare put the Hampshire Avenue outfit ahead when he smashed through the line to score after a good break from Pat Gains.

Bognor suffered more injuries when Riley Shute sustained a knee injury and Tom James went off with a serious leg injury, which after a visit to the hospital, turned out to be a fractured foot and sprained ankle.

Skipper Lee Balchin moved forward to play hooker and extended the hosts lead when he burst his way over the line to score.

Gains secured the win for Bognor when he finished off a quality move in the left corner, giving them all the points and moving them up the table.

Bognor’s next fixture sees them take a break from league action to face Cranleigh in the third round of the National Junior Vase on Saturday.