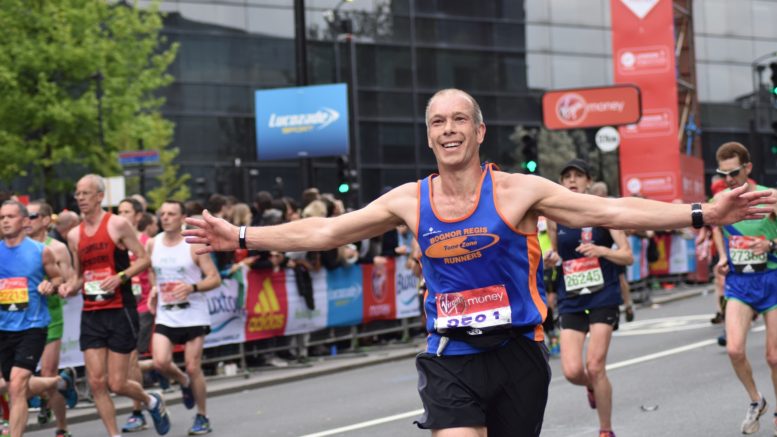 Tone Zone runners have proved to be marathon marvels of late with members taking part in races in Boston. London and Southampton.

Neil Strudwick and Nina Baldwinson travelled across the pond to take part in this iconic race in Boston, Massachusetts, on Easter Monday for the 121st running of its marathon. This is one of the six major marathons around the world so on the to-do-list of many runners.

As at races in Brighton and Paris the previous weekend it was the heat that effected the pair after all their training was done over the winter. Despite this Neil finished in 4.05 with Nina just behind in 4.06. Afterwards Nina said: “Boy that was a tough one, very hot and those hills are tough, but I did it!”

Onto the largest race in the UK, the London Marathon with 15 club runners among the estimated 40,000 taking part. Simon Gill made up for a slightly disappointing Brighton marathon to finish in 2 hrs 35 mins. 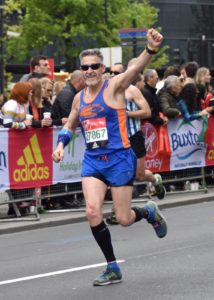 Peter Lee was the next Tone Zone runner, he finished in an excellent personal best time of 3.02. Running his first marathon was Duncan Stephenson Gill, like everyone he had trained very hard for the race, this paid off with a time of 3.16, he was closely followed two minutes later by Danny Mahoney.

Boston runners Nina and Neil were also at London after only six days’ recovery. The cooler conditions suited Nina who ran an incredible time of 3.43 with Neil following in 3.54. Kate O’Connor was running well until cramp set in at 16 miles, she struggled towards the finish and with the help of Carolyn Stapely they both finished in 3.56. 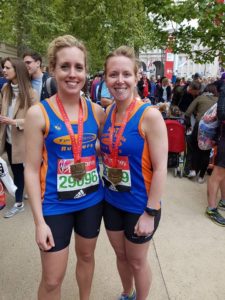 After the race Carolyn said: “They certainly do not get any easier. Although it didn’t finish as we’d have liked, there is no-one I’d have liked to cross the line with more than my bestest running buddy Kate”, showing the true spirit of the London Marathon.

Putting in just as much effort as those at the top of the leader-board were Jade Fish and Nicky King. Jade, running her 55th marathon finished in 4.48 with Nicky crossing the line along The Mall in 6.14. 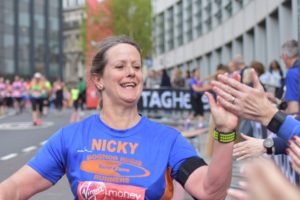 Taking place on the same day as the London Marathon was the first marathon in Southampton for over three decades. Paul Coe and Chris Dummer both finished in 3.55 with Simon Bodsworth following them in 4.06. A special mention now for Sarah Spurr who suffered like so many in the Brighton heat two weeks ago and had to stop during the race. She had put a huge amount of effort into her training so the following weekend she took herself off to Boston, Lincs (not USA) and competed in their marathon. This time she finished to course with ease. 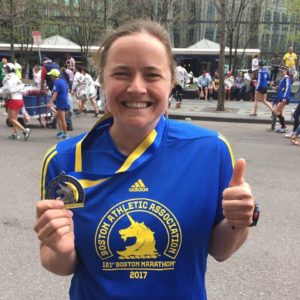