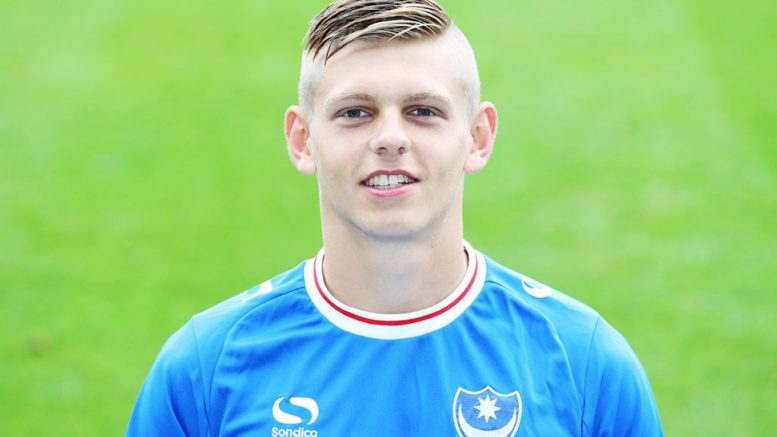 Central defender Dandy, 17, has been drafted in on loan from the Fratton Park outfit to compensate for a double injury blow.

Pearce said: “We’ve been ever so unlucky with injuries to both Keaton Wood and Corey Heath which has left its short. We have signed Joe from Portsmouth, on the same basis as with Brad Lethbridge and Dan Smith, and he will be with us for training on Thursday so we can work on a few things.

“We will look to partner him with Chad Field on Saturday at Tonbridge Angels and then, of course, we have a home game against Folkestone Invicta on Tuesday.

“He is a first-year scholar but we’re told he has showed great promise even though is one of the younger members of Pompey’s current crop of U18s. As ever we are grateful to Pompey and we’re delighted our association with them continues to flourish. Obviously Robbie Blake has a good relationship with the management team at Fratton Park as well, so it’s working well.”

Dandy is a disciplined, technically-astute centre-half who can also operate as a right-back. He has been an ever-present for Pompey’s U23s and their Academy side, for whom Bradley Lethbridge scored twice on Saturday given that the Rocks were without a fixture.