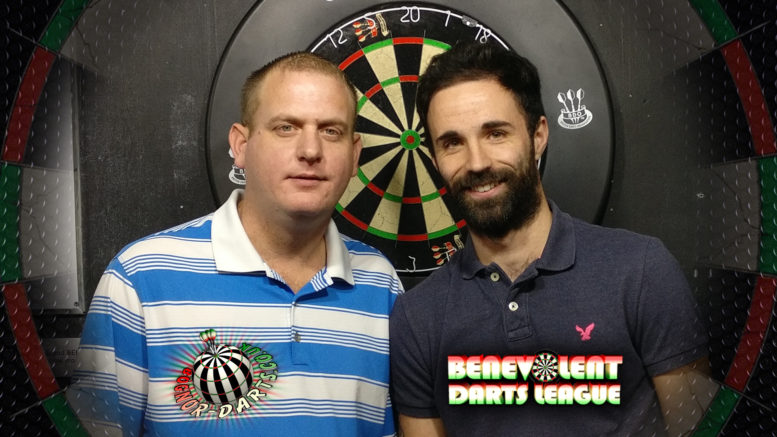 Gary Blackwood claimed the glory and the title of division one’s singles knockouts champion in the Benevolent Darts League with a win over Ricky Clark in the final.

The action took place in the last week before the Christmas break at the Newtown Social Club and saw the smallest turnout in the singles knockouts for five years with only 52 players taking part over three divisions.

Division one saw the best divisional turnout with 26 players stepping up to the oche. The first round saw a 180 come from Graham Clear (Hunston Hares), but he lost out in the second round to former champion Gary Blackwood (the Legends).

Blackwood made it through to the semi-finals after knocking out last year’s champion Rob Collins (Friary ‘Z’) in the quarter-finals. Blackwood hit a 180 in the semi-finals, with a 2-0 win, taking out team mate Lee Passey. The second semi-final saw Conner O’Hara (the Legends) take on Clark (Newtown Amity), but O’Hara couldn’t find a way past Clark.

The final saw Blackwood win the bullseye and start nicely with 60, 100 and140. This left Clark trailing despite scores of 95 and 85. Blackwood then hit 116 to leave double top, which he missed on his next throw.

By then Clark could only leave 160 before Blackwood used only one dart to take the first leg in 19 darts. The second leg again saw Blackwood get the better start, starting with 140 and following with 85 and 96. Unfortunately Clark couldn’t score over 60, but eventually hit 96. Blackwood was on his double by now with 80 left, but two low darts left him with five, and his next throw left him on double one.

Clark hit 91 to leave 80, and with Blackwood on the “madhouse”, Clark hit treble 20 and double 10 for the second leg. Leg three saw Blackwood forge ahead with two 140s and 96, while Clark was left behind, despite starting with a 121. Again Blackwood fell short on his doubles, leaving 20, but with Clark miles behind, Blackwood took the chance, hitting double 10, taking the leg in 16 darts for the singles champion title. 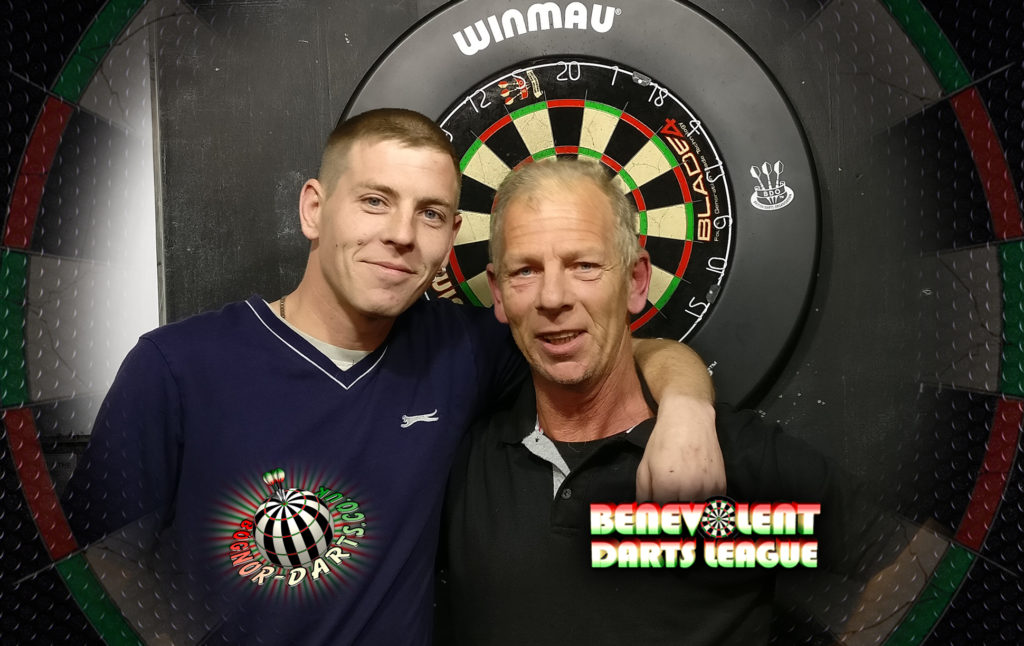 Division three saw 11 players take part, nine fewer than last year. The first semi-final saw Ian Kewin (Newtown ‘C’) take on team mate Steve Middleton. Middleton showed better form and made it to the final. The second semi-final was between Jamie Middleton (Newtown ‘C’) and Wayne Green (Pagham CC). Green showed form in the earlier rounds, but Middleton pushed him aside to take the second spot in the final.

The final saw a family feud with son Jamie taking on father Steve. Jamie won the bullseye to go first, and he stayed in the lead until Steve hit a 180. This put Steve in with a good chance of the win, but he missed his double at the crucial moment, allowing Jamie to have a chance at double 19, taking it with the first dart.

The second leg saw the higher scores initially come from Jamie, but as he moved closer to the finish, Steve hit two tons on the trot. Jamie bust his score three times to take the leg, and Steve moved in to hit double nine for the second leg. The last leg saw a ton from Steve, but Jamie was still edging closer to the win with more consistent scoring.

With a finish of 32 left Jamie hit the wrong double to half his score, but on his next throw, with his father breathing down his neck, he hit double eight with his last dart, taking the win, and the title. 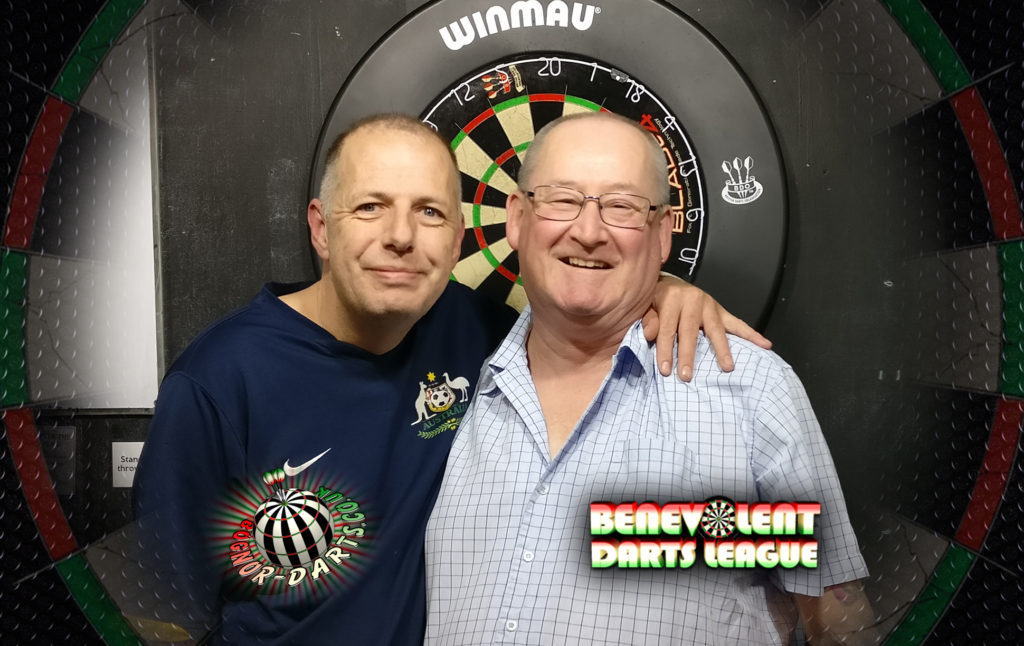 Division two saw 15 players take part, 10 short on last year. Round one saw a 180 from Ian Dendy (the Hoffs), but he lost the match to team mate Paul Bizzell. Round two saw a 180 from Mark R Todd (BRSA Ravens), and he made it through to the semi-finals to take on the division two Summer League singles champion Keith Robinson (Chi Snooker Club).

Todd tried hard to win the game, but the form of Robinson allowed him to make it into the final. The second semi-final saw Graeme Dutton (BRSA Ravens) take on Ashley Clements (the Hoffs). A tough match saw Dutton make it to the final.

The final saw Robinson win the bullseye and get off to a great start with three straight tons on the trot. This left Dutton with some work to do. Dutton made a move with a ton and 118 to give himself a chance which he tried hard for as Robinson missed double top for an 80 out-shot.

Dutton then hit another ton, leaving 36, but it was too late as Robinson hit double top with his first dart for a 19 dart leg. Leg two saw a 140 from Dutton, but a 133 from Robinson gave him a shot. Dutton missed double top for a 102 out-shot, giving Robinson that chance at 94. The first dart hit single 18, the second treble 12, and the third hit double top, taking the leg in 21 darts, and the title.