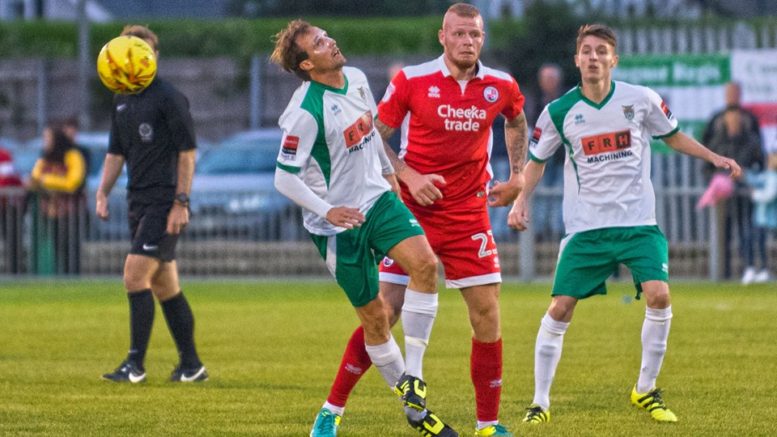 Gary Charman has said a fond farewell to Bognor Regis Town. Now young Rocks midfielder Tommy Block could be set to follow him out of Nyewood Lane, we can reveal.

Central defender Charman, 36, has gone out on loan to Eastbourne Borough for, as a club statement says, the “foreseeable future’, after being told by manager Jack Pearce he doesn’t feature in his plans. Charman has effectively lost his place to impressive former Worthing ace Corey Heath. And Chad Field is nearing fitness, too.

Charman was named as assistant manager at the club to Sami El-Abd before the latter had to step down after just one game at the helm. Pearce then took charge alongside coach Darin Kilpatrick, with Charman assisting.

Hugely popular with fans, Charman, instrumental in helping the Rocks to promotion from the Ryman Premier last season under then boss Jamie Howell, took to Twitter to say: “Just to let the brilliant @rocks1883 fans know, I’ve been told I’m not in the manager’s plans to play, so I am going out on loan, thanks for All of your support and kind words.

“I wish you all the very best. I will never forget last year.” His social media timeline is full of messages of good will as he ponders his future. 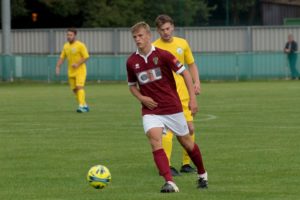 Former Brighton and Hove Albion trainee Block, just 17, hasn’t featured in either of Bognor’s Vanarama National League South opening two games this campaign but has made the squad. Yet there is stiff completion in the middle of midfield ranks with Dan Beck and Doug Tuck holding the berths, while summer recruits Pat Suraci and Joe Lea waiting in the wings.

Pearce has indicated that a loan spell might suit Block so he can get game time under his belt, but it is thought the player would prefer a permanent move if his services aren’t required.

Sheffield United showed interest in taking the schemer in to their academy but the attention didn’t develop to an offer. But there is said to be no shortage in interest in his talents, with League One Fleetwood Town monitoring his situation.