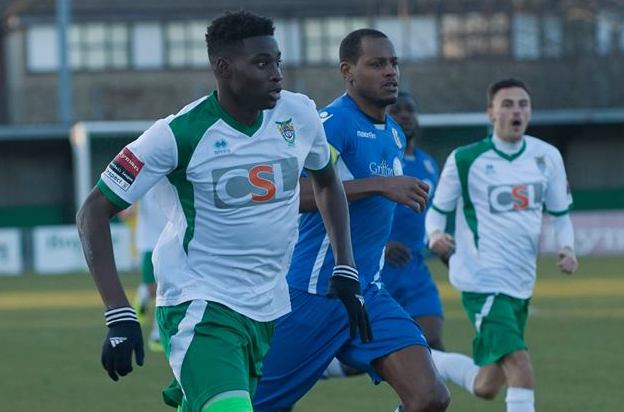 For Adebayo’s goal to make it 2-1 in north west London was a reminder of his threat in the box and that it was a sign-off from the attacker who now returns to his parent club, Championship outfit Fulham, after a loan spell with the Nyewood Lane side.

Howell’s men took a second minute lead an Silver Jubilee Park through Chad Field couldn’t hold on to the advantage and the hosts drew level. Then Adebyao struck on 61 minutes but Hendon levelled once more with time running out.

But the point gained means the table-toppers stretch their lead at the top to five points in front of Needham Market and Havant.

And Adebyao took to Twitter to share his thoughts on a night mixed with joy and disappointment, and to say a fond farewell to his Rocks team-mates and the green and white army.

He tweeted: “Disappointed not to get all 3 points last night, happy to have ended my loan with a goal, want to wish everyone all the very best @rocks1883.”