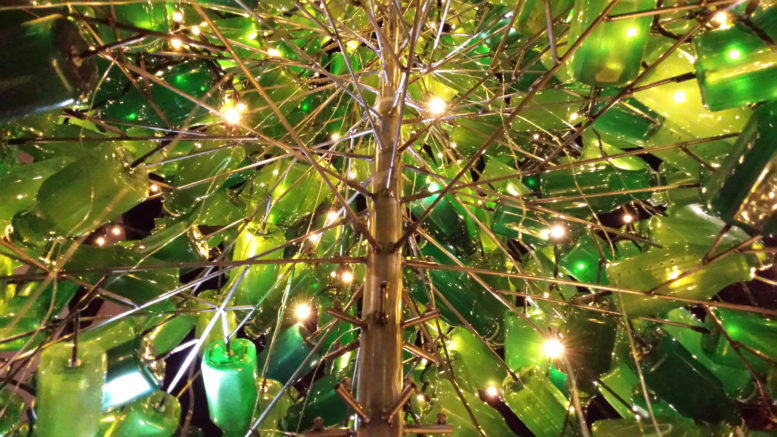 A Christmas tree made from 600 reused green plastic bottles will be lit-up throughout December in Bognor Regis town centre.

And while the town’s decorated Christmas tree outside the train station has been met with mixed reviews, this festive creation is most definitely a load of rubbish…and that’s official.

Panto performers from Aladdin, at The Regis Centre, will officially switch on the lights of the tree on Thursday 7 December.

The tree sculpture was created by Tracey Graham, known as the “rubbish artist”, to help highlight plastic recycling in West Sussex.

West Sussex County Council say an estimated 166 million plastic bottles were recycled in West Sussex during the last year, out of a possible 262 million. 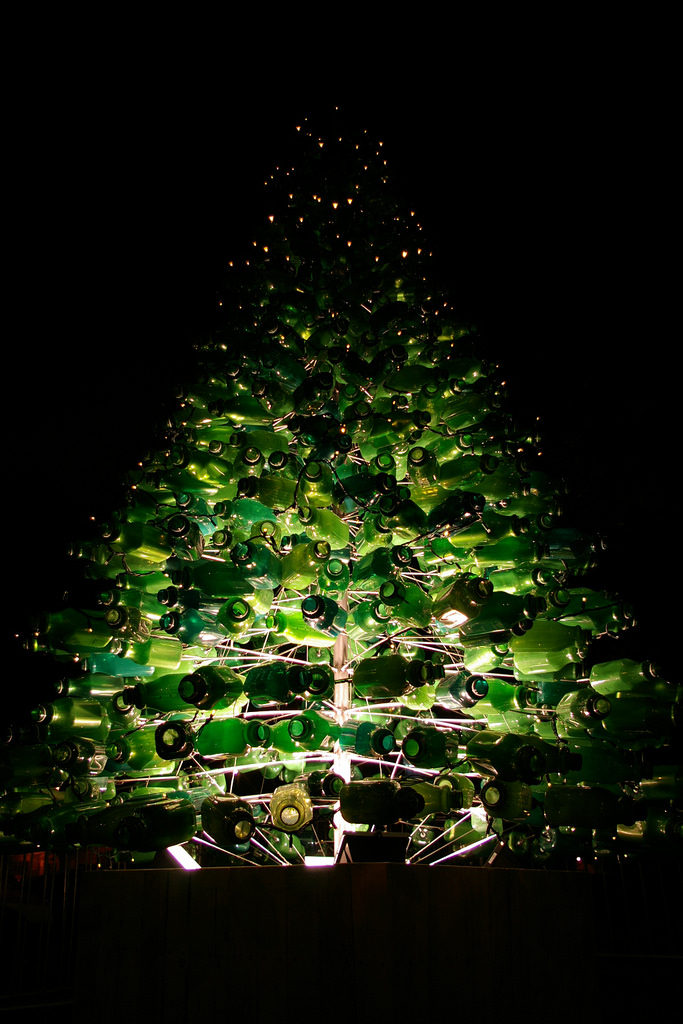 The pantomime characters will be outside the centre from 4pm, with the official switch on at 4.30pm.

The council’s waste prevention team will be there to talk about the tree and give tips on what to recycle at Christmas.

Cabinet member for the environment, Deborah Urquhart, said: “The tree is such a delight to see; it’s a really impressive sight especially when it’s dark and lit up.

“But it does make you think just how many bottles aren’t getting the chance to be recycled into something new. In West Sussex, residents are recycling 59% of their plastic bottles which is great, but 41% still end up in the bin.

“As long as they are clean, dry and loose, all your plastic bottles, pots, tubs and trays can be recycled, not just at Christmas, but all through the year.”

The tree, which is approximately five meters high, will be bringing festive cheer to Bognor Regis until January.

This is the fourth year the striking tree will be on display, previously having featured in Crawley and Horsham.