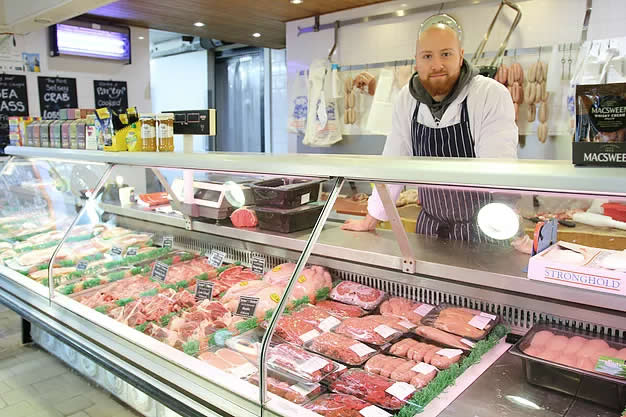 Bognor butcher Gary Jordan has urged foodies — who have not had the pleasure — to try haggis to celebrate Burns Night.

Gary owns and runs Jordan Butchers in Rose Green and he and his staff have plenty of award-winning haggis* on sale for those who wish to try a traditional supper, usually accompanied by “neeps and tattles” (potatoes and turnips).

The celebration of Scots poet Rabbie Burns takes place tomorrow night (January 25), and Gary says he believes the majority of people who have never tried haggis would be pleasantly surprised if they did so.

“It’s not something you would perhaps have every other week but now and again I think people would find it very tasty, hearty and warming of a winter’s night. If you’ve never eaten it then you should try it. Customers have tried it from us in the past and now come back for more.”

Of course, if it is the more everyday traditional butcher’s fair you are after, then you need look no further.

*Haggis is a savoury pudding containing sheep’s pluck (heart, liver and lungs); minced with onion, oatmeal, suet, spices, and salt, mixed with stock, traditionally encased in the animal’s stomach, though now often in an artificial casing instead.