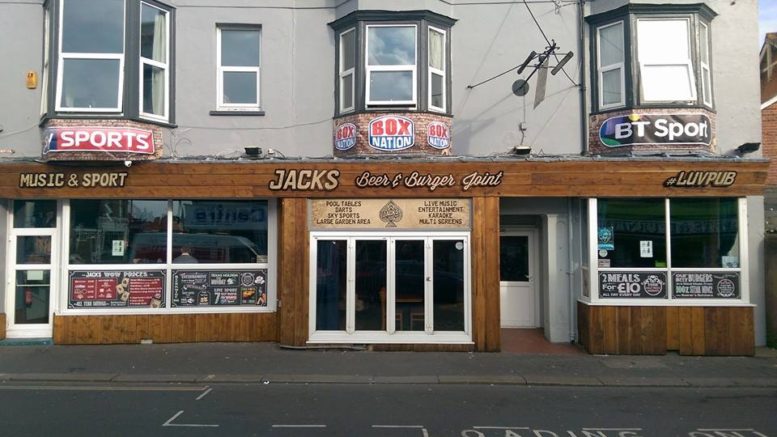 New owners of a Bognor Regis pub have thrown down the gauntlet to residents and challenged them to come up with a name for the town centre hostelry. And they will raise a glass to the person successful in the competition, to the tune of £100.

Business partners Lucy Borrill and Dan Barrett have taken over the pub which was formerly known as Jack’s Bar in London Road, and will stage a grand opening this Friday. The duo want to transform the venue into a more traditional establishment, and in so doing will embrace traditional values associated with a community pub.

Lucy, who previously worked at town centre pub The Alex with her mum Janet and dad Martyn, said: “Research shows that the industry has lost sight of the traditional pub and we plan to address that. We want the pub to be a ‘home away from home’ with a community feel. This place had a terrible reputation and stigma but we plan to change that.”

And as part of the re-branding of the premises they want people to come up with a name for the pub. Popular town historian Sylvia Endacott, who has written countless books on Bognor Regis and is a recognised authority on the town, will help judge the competition.

Lucy added: “We are re-branding the business and we would love the community to be involved. So it’s competition time and we want to you to name that pub. We would like your input on re-naming the pub. Our opening weekend is Friday the 26th of May. Ideally we would like your suggestions to be community-driven or Bognor-themed.

“Suggestions will only be accepted by filling out an entry form; these will be behind the bar from the 26th of May until 29th of May. The winner of the £100 cash prize will be announced at the end of the evening on the 29th of May. So get your thinking caps on and we look forward to hearing your ideas!”

Originally, public house names reflected the history of the country or the area in which they were sited. Names from the past tended to be patriotic or royal. Common names  include: The Crown: representative of the King or Queen. The Red Lion: popular when James I ordered red lions to be displayed outside all public places. Royal Oak: became popular after Charles II escaped during the English Civil War by hiding behind an Oak tree. Swan: symbol used commonly in the coat of arms. All swans are owned by the Queen and protected by law.