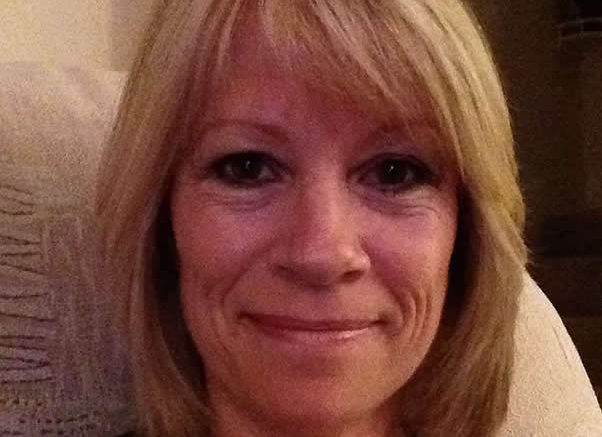 A Bognor man has written and performed a touching though upbeat song about his late mother on her birthday after losing her to cancer.

Much-loved Bognorian Tracey Stevens, pictured, who was the partner of Marcus Dalloway, fought a battle against the disease but tragically succumbed to its ravages.

And her son Rob Stevens, a talented song-writer and musician, has told how he has returned to his love of music to remember his mum.

“Today (November 6) is the 52nd Birthday of my Mother Tracy Stevens! I remember during the last week in the hospice together how she proudly spoke about her sons to the nurse and said ‘That’s Rob, he’s the music one :-)’, with a big smile.”

“I felt bad ever since as I just don’t spend much time on music anymore. 9 months later after going through the worst times of my life, I wrote a song. For her and for me. With a cheeky reference to one of her fave bands T-Rex in there, in memory of when we saw the Marc Bolan musical 😉 Happy Birthday Mum!”