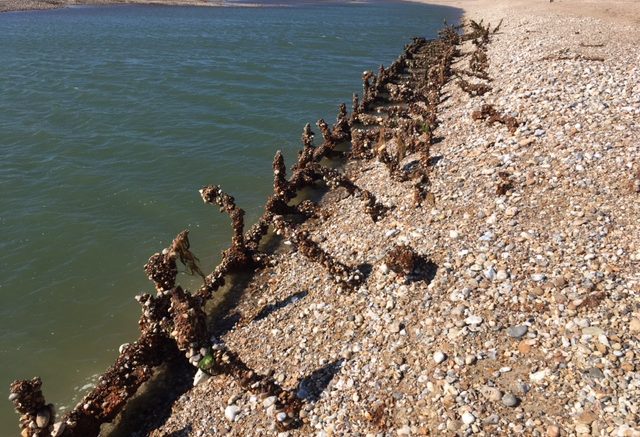 The remnants of what appear to be historic World War 2 Mulberry harbours have been revealed thanks to shifting shingle and sands at Pagham Harbour.

The carcasses of the temporary portable harbours have seemingly been buried for decades and the tidal scouring of the coast have now laid them bare.

A similar scouring of the coast threatened properties along the shoreline at Pagham and has since created a second lagoon in front of the homes said to be at risk.

One nearby beach property owner said the structures were more than likely part of the Mulberry harbours but that there could well be other theories as to what they were. He added: “Many of us think this is what tit is but, of course, only experts would be able to say for sure.”

A number of similar relics are said to be just off the coast of Pagham, and prove popular with scuba divers. The better known harbour structure fragment is very close to the shoreline in between Dark Lane and the Boat Pound, near Aldwick beach huts.

The pontoon was once part of the Mulberry floating harbours used by the Allies to invade the French coast on D-Day 6 June 1944. The section is said to have broken free in a storm on 4 June, the day before it was due to go over the channel. 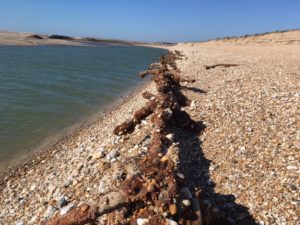