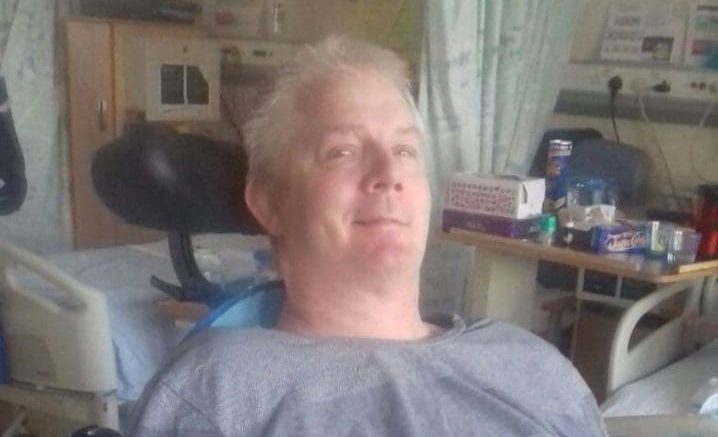 Rugby legend Will Carling hopes pedal power will boost a fundraising campaign to help former Bognor ace Paul Curtis, who has been paralysed in a mountain bike accident.

They will be among 200 riders cycling from Bognor Rugby Club to the Harlequins ground, The Stoop in Twickenham, where there will be a crowd collection for Paul, who needs major house renovations after the accident nearly a year ago.

Phil Mead, president of Bognor, said: “Bognor is where Paul Curtis started his career as a 14 year-old. He represented his country whilst still playing at Bognor, so we are delighted to be hosting the start of this great ride.”

Players throughout Paul’s career, from his early days as a teenager at Bognor, through Rosslyn Park, Harlequins and Middlesex as well the 1980s England Under 23 team are turning out to help “Curto”, as the prop was fondly known. And 16 players from Penclawdd Rugby club will also be on the starting line. Paul moved to Wales after meeting and marrying his Welsh love Rhian, and swapped English rugby pitches to coach local lads at school and club level at Penclawdd RFC.

The ride is being organised by former Quins, England player Peter Winterbottom for Saturday September 9th, to arrive at The Stoop in time for Harlequins’ first home match of the season against Gloucester Rugby. Other players, pals and team mates are supporting the ride with Carling, including Brian Moore, and Dick Best, who famously coached Harlequins, England and the British & Irish Lions.

Paul is a quadriplegic after hitting a tree during the bike ride in the valleys near his home in Penclawdd on the Gower peninsula. He broke his neck, damaged his spinal cord, right lung and diaphragm. He has spent months in Cardiff hospital and is now at Rookwood rehabilitation centre.

During all this, he has remained positive. He is trying to improve his hand strength, dexterity and movement. No other improvements are expected.

Meanwhile his family are trying to raise enough money to have the house adapted so Paul can return home. That includes moving the bathroom downstairs and widening all the doors for Paul’s wheelchair. An adapted bed for Rhian and Paul to share will cost £12,000 alone!

Former Quins’ coach Dick Best, heard about Paul’s predicament and is working with Harlequins to raise funds for the renovations.  Mr Best said: “Stronger Together. The rugby family is vast, and despite the rivalry and competition, on occasions like this it’s a community that is proud to help its own.”

Will Carling said: “When I heard about what had happened to Curto, I had to help. I’m hoping this bike ride will go some way to raise awareness and funds needed to enable him to live as normal a life as possible, at home where he belongs.”

Harlequins President, Bob Hiller said: “We are delighted to support Paul. He was a great servant of this club. All rugby fans will want to know his story and help out.” It’s hoped at least £150,000 can be raised. You can donate here.

The cyclists will begin leaving at 7:30am from Hampshire Avenue, aiming to get to The Stoop by 2pm for the Quins and Gloucester match, which kicks off at 3pm.

The night before (8th Sept) Bognor Rugby Club will be hosting an evening with Paul’s rugby friends; Mike Teague, Brian Moore and Peter Winterbottom are confirmed but others are also likely to attend.